The catalyst that sent the fitness company running higher was a secondary stock sale that will fortify its flagging balance sheet.

Before the market open on Tuesday, Peloton announced a blockbuster equity offering. In a regulatory filing with the Securities and Exchange Commission, the company said it planned to sell $1 billion of its common stock. 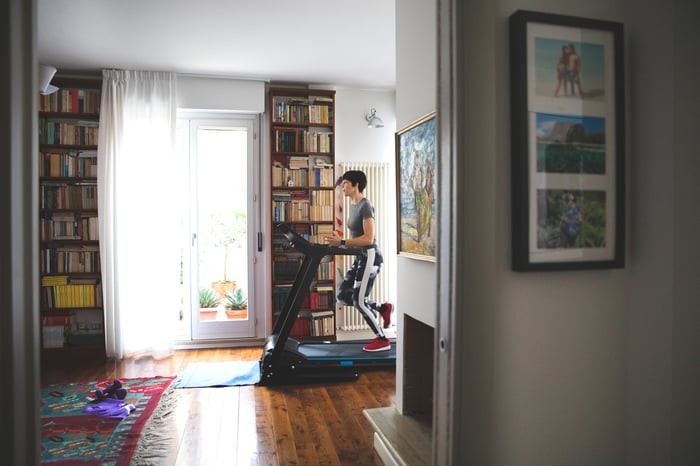 In a subsequent filing, Peloton said it would sell 23.9 million shares of its Class A common stock at a public offering price of $46 per share. Furthermore, the company is offering underwriters the option to purchase an additional 3.26 million shares, depending on demand. If the full allotment is sold, Peloton could raise as much as $1.25 billion.

This move comes on the heels of Peloton’s fiscal 2022 first-quarter results (for the period ended Sept. 30). While the company beat expectations, Peloton significantly lowered its full-year guidance, saying on the conference call, “it is clear we underestimated the reopening impact” on the sale of its products, which had already begun to trend downward.

More troubling was the company’s cash position, which notably deteriorated during the quarter. After closing out the previous quarter with roughly $1.6 billion in cash and marketable securities, Peloton used more than $682 million, bringing its cash down to roughly $924 million. At that rate, the consumer discretionary company could have run short of cash within six months.

Adding more than $1 billion in cash to its balance sheet will hopefully give Peloton sufficient time to get its strategy back on track.