The Chicago-based company, which launched in April 2020, raised a $1 million seed round in September 2020. The latest round brings its total funding to “just shy of $40 million,” co-founder and CEO Joel Birch told TechCrunch in an interview.

It plans to use the funds to double its 40-person employee base in the next six to eight months and invest in user acquisition, growth and marketing. Until this fundraise, Stacked had grown its business with no formal marketing spend, he added.

Stacked has automated over $10 billion worth of transactions for tens of thousands of new investors in 2021, per the company. It also secured status as a registered investment advisor (RIA) with the US Securities & Exchange Commission (SEC) this summer in preparation to widen its product offerings, the company told TechCrunch.

“In the very near future, we’re going to continue to evolve our platform away from automating strategies and giving people this easy investment platform into actually offering structured products like risk-adjusted portfolios and giving curated investment advice to individuals based on their risk tolerance,” Birch said.

While the SEC has not yet approved a crypto ETF for trading in the U.S., products like Grayscale’s trusts have become popular with investors seeking price exposure to the asset class. Birch said Stacked’s product differs from those sorts of products in that it is available to all retail investors, regardless of whether they are accredited, and allows users to hold custody of their digital assets.

Stacked, which acts as a layer on top of a user’s existing crypto brokerage account, offers a range of pre-built portfolios it calls “stacks” based on a risk score it assigns to each user after they take a suitability assessment. It partners with “a handful of the most reputable exchanges in the world,” including Coinbase, FTX, and Binance, per Birch.

Its core product is currently free to use and allows users to manage portfolios across multiple crypto exchanges, auto-rebalance and compound their portfolios, and lend cryptocurrency through FTX’s exchange, he added.

Stacked makes money by charging a percentage fee on transactions in its two-sided open marketplace, which sells automated trading strategies, according to Birch. Investors use the exchange to buy strategies designed by well-known traders and influencers in the crypto space. 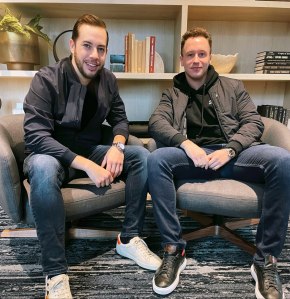 In the “next few weeks,” the company plans to launch a feature that will allow users to copy any “stack” as a template and customize it by making direct edits, Birch said.

Exchanges are interested in backing Stacked because its users tend to stay active on those exchanges for longer than average, he added.

“I just think that you will see more of that in the crypto ecosystem — exchanges acting as the infrastructure rails,” Birch said. “They have great custody solutions, liquidity, security, all these very complicated things. But the user experience is usually pretty simple, and it’s a fairly technical product, so I think you’ll see tons of products continue to get built on top of the infrastructures that exchanges build.”

Birch first heard about bitcoin in 2015 while he was working at Grubhub, where he spent nearly five years leading restaurant growth. Once a homeless immigrant, Birch got his start as an entrepreneur launching a dropshipping business at age 17. A self-described “tech nerd,” he dropped out of college three times before completing his bachelor’s degree to explore his interest in building an internet business.

“In 2012 to 2013, we saw major funding [for startups] and saw [Silicon] Valley, really starting to come to fruition,” Birch said. “So I started looking at a place I could move to work for a startup. I wanted to integrate myself into the tech ecosystem, so that way, I could one day be a tech founder myself.”

He applied to jobs at startups in Chicago and landed at Grubhub when it had just 13 employees. At Grubhub, he was surrounded by engineers, data scientists, and business operations professionals who supported and mentored him.

Once he learned about bitcoin, he started working on business ideas in the space and got connected with Stacked cofounder Stephen Beavis. According to Birch, “the rest is history,”