There are a lot of whiskeys out there to choose from, but the good news is you don’t have to spend hundreds of dollars on a decent bottle. In fact, you really don’t have to spend more than 25 bucks on a bottle of bourbon or scotch that is good to drink on its own or mix up some cocktails with.

Many of the longstanding distilleries in Kentucky, Scotland, and Canada have budget bottles available that are easy to find and taste pretty darn good. Here are 10 cheap bottles of whiskey that won’t run you more than $25 in most parts of the country. And best of all, none of these are bad. They’re cheap in price, not in flavor.

Heaven Hill’s core inexpensive bourbon brand is Evan Williams, named after the man who is credited by many as having opened Kentucky’s first commercial distillery. The Black Label expression of this bourbon is a fantastic 86-proof whiskey, full of flavor and good enough to drink on its own or to use in a cocktail. This is a must-have for anyone looking for a cheap whiskey.

Four Roses is an interesting Kentucky distillery because of the fact that it makes 10 different recipes using two mash bills and five different yeast strains. All 10 of these recipes are blended together into the flagship bourbon, commonly referred to as Yellow Label before the color changed to more of a tan. Regardless, this is one of the best cheap whiskeys out there, full of notes of vanilla, caramel, and stone fruit. 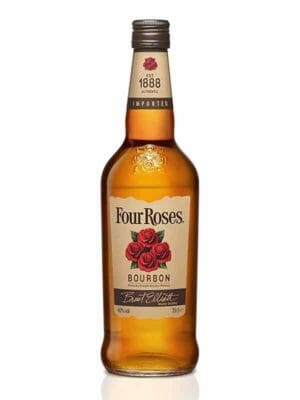 Wild Turkey 101 is an iconic bottle of bourbon and one that doesn’t skimp on flavor just because it falls into the budget category. Jimmy Russell has been the master distiller at Wild Turkey for decades, with his son Eddie joining him in the role in 2015, ensuring that the quality of this high-proof whiskey never suffers. It’s spicy, bold, and a little hot, but retains the notes of butterscotch, fruit, and vanilla that you expect from quality bourbon. 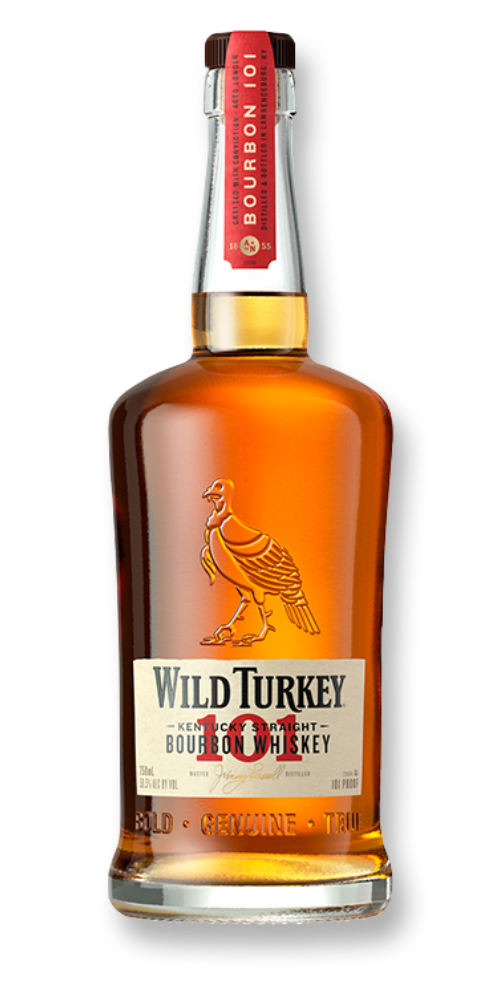 Jim Beam is the best-selling bourbon brand in the world (Jack Daniel’s sells more bottles but is considered a Tennessee whiskey even though it technically could be called bourbon). There’s a reason for this — this four-year-old bourbon is cheap and dependable, particularly if you are looking for a shot to pair with a beer at your local dive bar. There are various iterations in the Jim Beam lineup, but if you’re looking for a good budget option, go with regular old White Label. 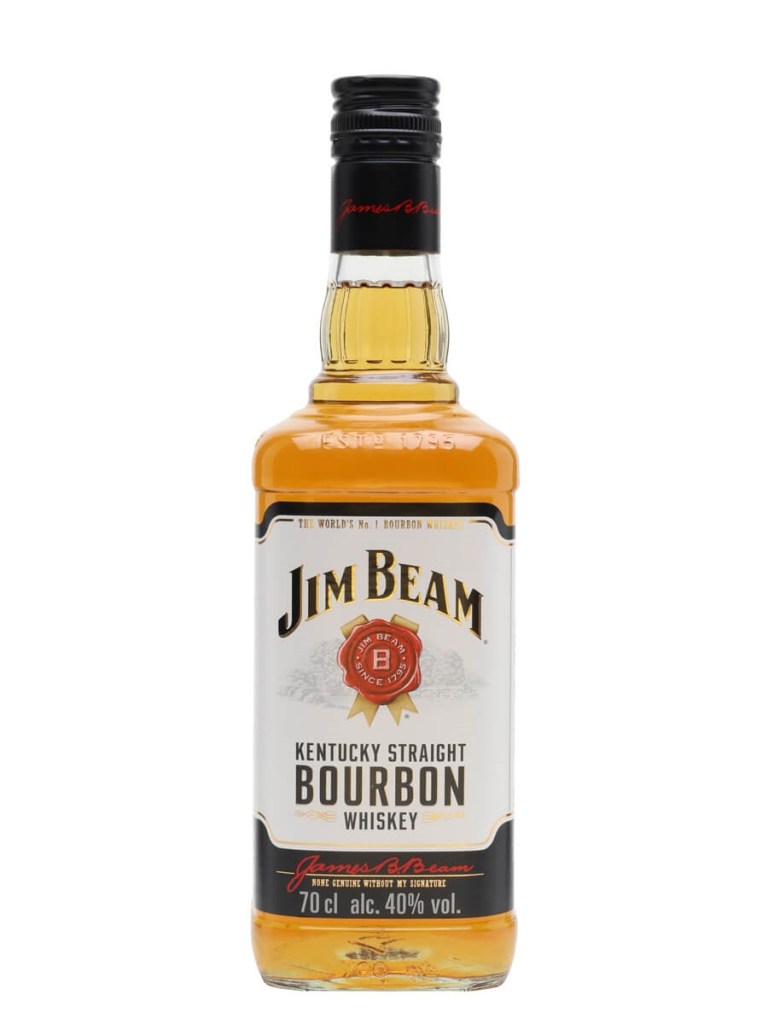 Courtesy of The Whisky Exchange

Mellow Corn is a bottled-in-bond straight corn whiskey produced by the Heaven Hill distillery. That means it’s made from a mash bill of at least 80 percent corn, aged for four years and bottled at 100 proof. Instead of being matured in new charred oak barrels like bourbon, it’s aged in used barrels. This sweet cheap whiskey is a tasty budget option, with notes of hay, vanilla, and soft spice on the palate.

There are plenty of more expensive rye whiskeys available these days as the category continues to grow in popularity. But Old Overholt, produced by Jim Beam, is one of the best cheap whiskeys out there. This bartender favorite underwent some changes a few years ago: the proof was raised from 80 to 86, and it’s non-chill-filtered. These changes make it even better, with a gentle spice due to its Kentucky-style rye whiskey mash bill of somewhere above the legally required 51 percent rye. This is an essential bottle to have at home for cocktails.

Single malt scotch is often expensive, with bottles starting at around $40 with seemingly no limit to how high the price can go from there. But most blends are cheap, and some are pretty good, including the basic White Label expression from Dewar’s. The blend is comprised of malt and grain whisky from various distilleries throughout Scotland, and it strikes a nice balance between sweet, citrus and spice, with just a hint of smoke. Try this one in a Highball, or sip it over some ice. 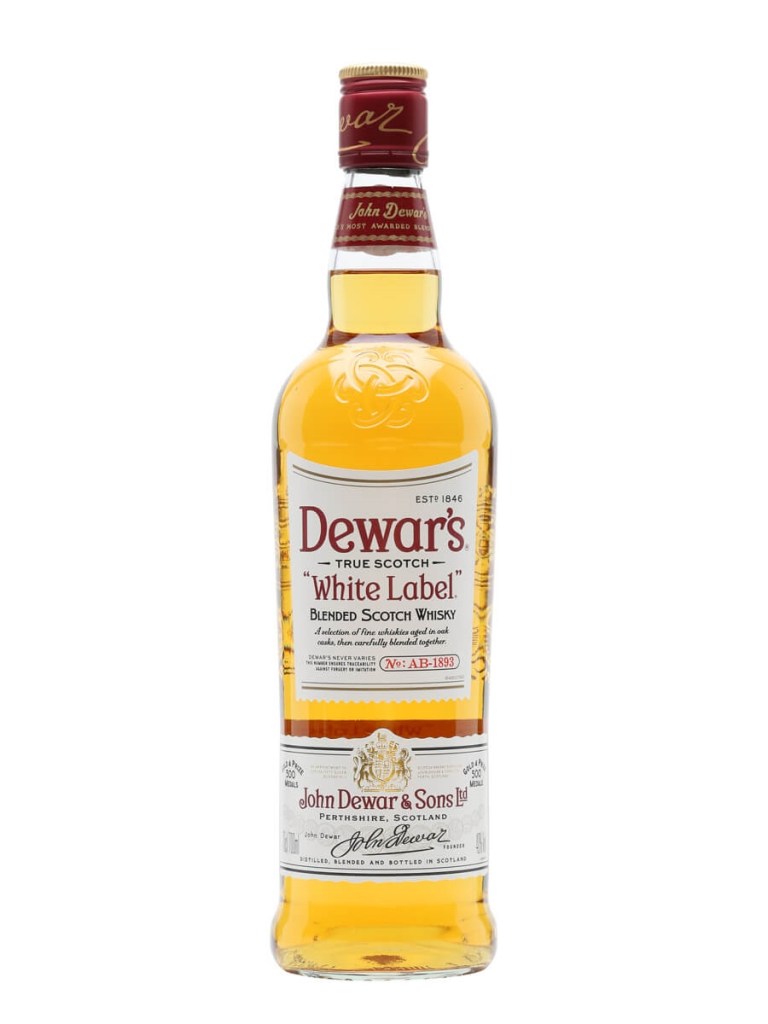 Jack Daniel’s Old No. 7 is ubiquitous throughout the world as the best-selling American whiskey. There’s a reason this Tennessee whiskey is so popular — it’s incredibly easy to drink, with a “mellow” flavor (as the brand likes to call it) due to the Lincoln County process in which it’s filtered through charcoal before bottling. Banana notes lead the way, with complementary flavors of vanilla, toffee, and caramel joining the party. 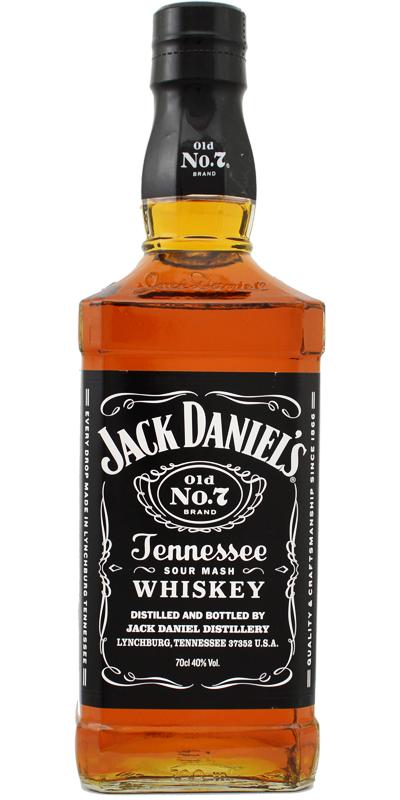 This is another bourbon from Jim Beam, but the difference is that the mash bill for this has more rye than White Label. It comes in three different proofs — 80, 100, and 114 — and all are worth trying with the higher proof expressions winning out. This is bottom-shelf bourbon that drinks well beyond its price, with notes of corn, spice, and fruit on the palate.

Canadian whisky is very popular here, with many cheap whiskeys to consider. Black Velvet is a blended whisky brand owned by Heaven Hill which is aged for a minimum of three years and is extremely drinkable. It’s not the most complex whisky you can find, but it’s sweet with a buttery mouthfeel and notes of vanilla, caramel, and just a hint of black pepper. Try mixing up some cocktails with this bottle as well.