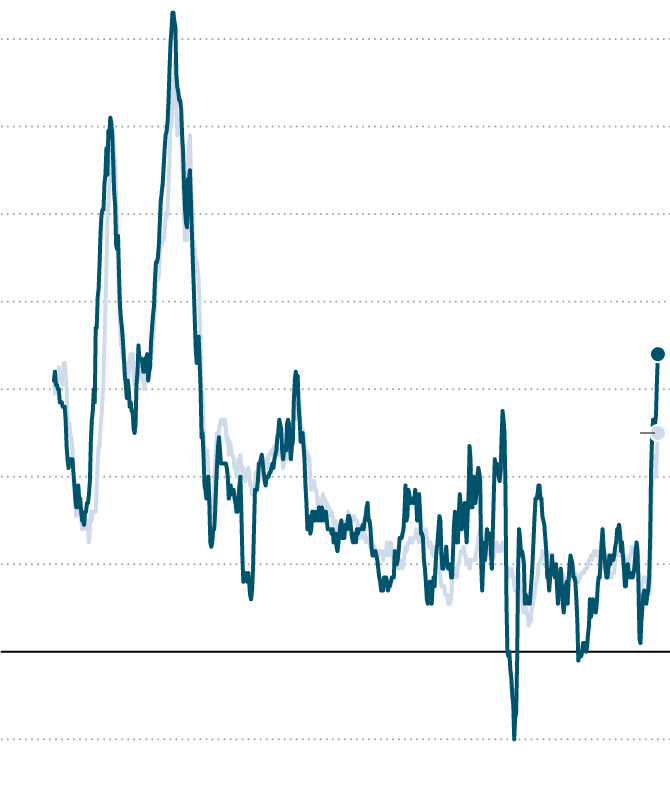 Year-over-year change in the 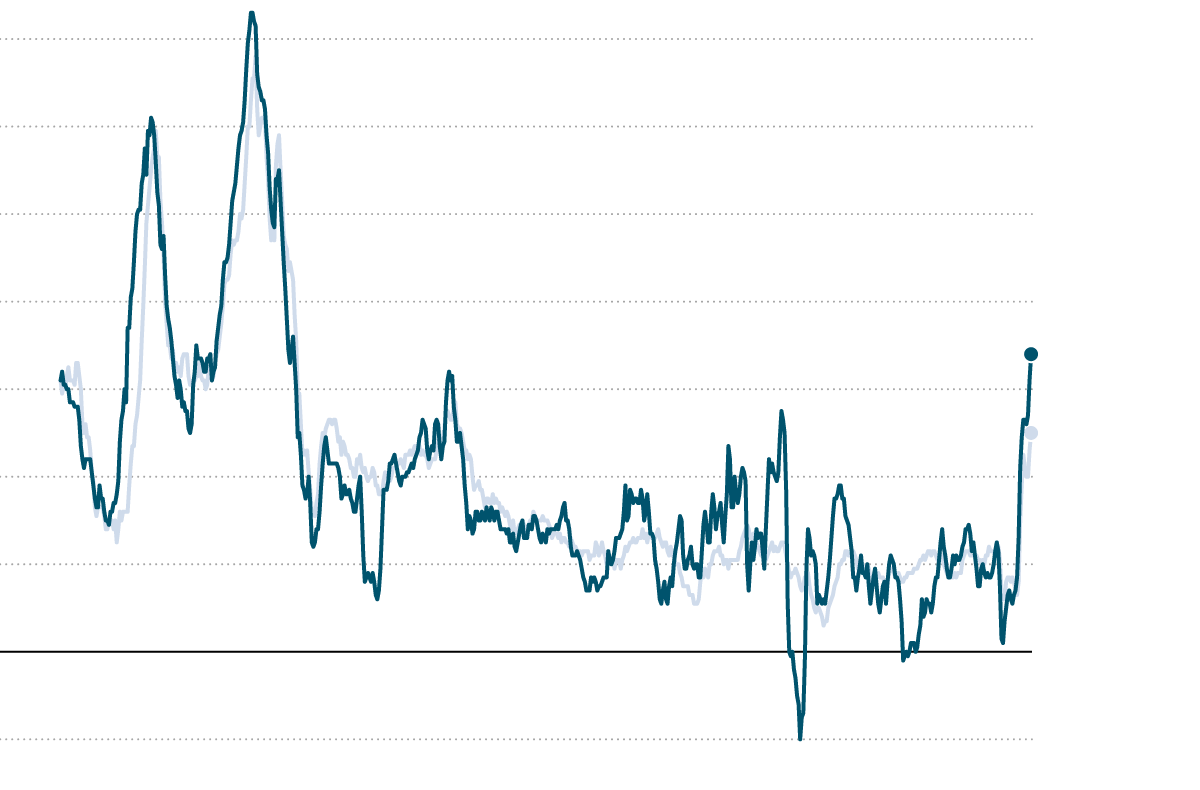 The rising costs spell trouble for officials at the Federal Reserve and the White House, who are trying to calibrate policy at a moment when the labor market has yet to completely heal from the pandemic, but the risk that price increases could become more lasting is increasing.

The Consumer Price Index climbed by 6.8 percent in the year through November, the data showed, the fastest pace since 1982. After stripping out food an fuel, which can move around a lot from month to month, inflation climbed by 4.9 percent.

Prices were up 0.8 percent from October, according to the report. That’s slightly slower than the prior monthly increase, but still an unusually rapid pace.

The question is what happens next. Fed officials have become increasingly concerned about price increases — both because the uptick has lasted longer than expected and because it shows signs of broadening to areas less affected by the pandemic.

Earlier this year, prices increases were concentrated in goods. Used cars and couches were in demand as the pandemic changed people’s lifestyles, but factories around the world struggled to keep up with the surge in buying, in part because shutdowns tied to the virus upended production. Shipping routes and ports also became clogged as demand followed an atypical pattern, with too many U.S.-bound goods trying to leave Asia in particular.

Those disruptions were expected to be temporary. Instead, they have lasted for months, as demand for goods remains strong and because the virus continues to upend production.

As pandemic quirks persist, inflationary pressures are also broadening. That includes rental prices, which have surged after an initial slackening during the pandemic, helping to push up overall price gains. It’s a worrying development for the Fed as it considers its next policy steps.

“Generally, the higher prices we’re seeing are related to the supply-and-demand imbalances that can be traced directly back to the pandemic and the reopening of the economy, but it’s also the case that price increases have spread much more broadly in the recent few months,” Jerome H. Powell, the Fed chair, said during congressional testimony late last month. “I think the risk of higher inflation has increased.”

Fed officials are closely watching what happens with wages — and with consumer inflation expectations — as they try to gauge when and how much inflation will fade. But they are also starting to acknowledge that they might have to react to rising prices.

Mr. Powell signaled last week that the Fed, which began cutting back on economic support last month, will discuss speeding up that process at its Dec. 14-15 meeting. Economists expect central bankers to announce a plan to slow down their monthly purchases fast enough that the program ends several months earlier, putting Fed officials in a position to raise their policy interest rate, their more traditional and more powerful tool.

Raising that rate would make debt of all kinds, from mortgages to car and business loans, more expensive. That would likely slow spending and hiring, cooling off demand and weighing down buoyant housing costs. The combination could help to put a lid on price gains.

But it could also leave the country with a less competitive labor market. That could be bad if the millions of people who remain out of the labor market compared to before the pandemic — many of them because of child-care issues and other virus-tied concerns — decide to embark on a job hunt.