Older Americans and those living in the South and the Midwest are more likely to be worried about rising inflation than their younger counterparts in the Northeast and West, according to new survey data from the Federal Reserve of New York.

The survey data released on Monday showed another increase in short-term inflation expectations in November, when the annual inflation rate jumped to a nearly 40-year high of 6.8 percent.

Inflation has become a major political liability for President Joe Biden, who last week called rising prices a ‘bump in the road,’ with a recent poll finding that just 28 percent of Americans believe he’s handing the issue right while 69 percent disapprove.

Income is the most significant factor influencing concerns over inflation, because those with lower incomes devote a bigger chunk of their wages to necessities and are hit harder by price increases.

The survey found that those making less than $50,000 have the highest inflation expectations, with the median one-year outlook at 6.3 percent, versus 5.3 percent for those making more than $100,000. 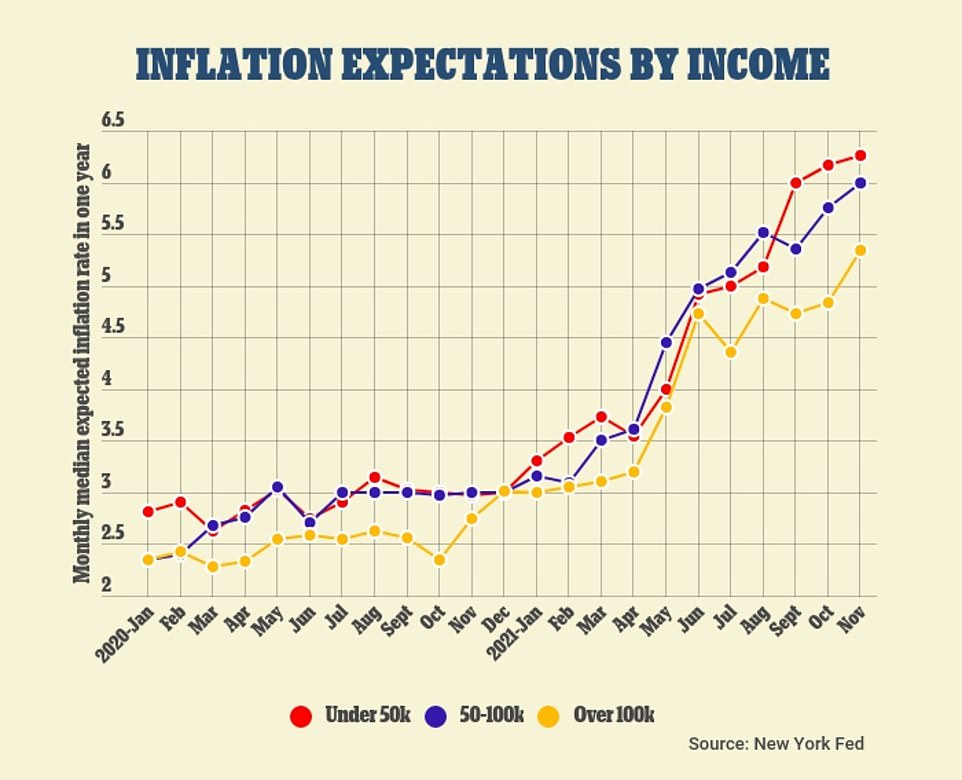 The Fed survey found that those making less than $50,000 have the highest inflation expectations, with the median one-year outlook at 6.3 percent 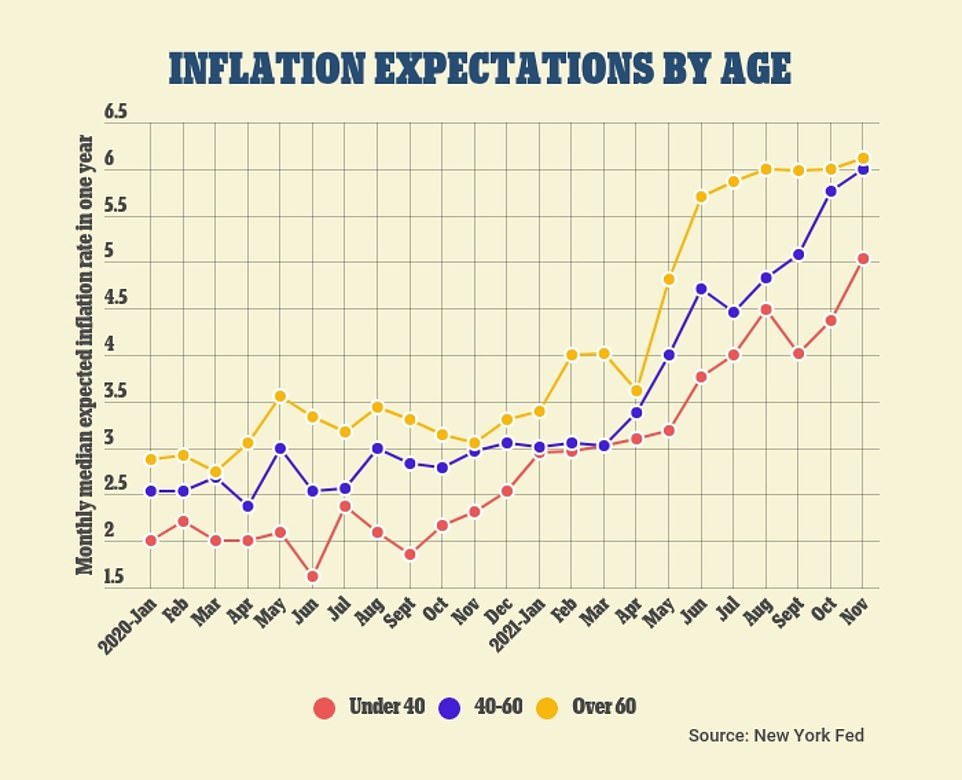 Older Americans, who are more likely to be retired and living on fixed incomes, are more worried about rising prices than their younger counterparts

The other demographic differences in inflation outlook could be in part due to differences in median income across various ages, regions and education levels.

Older Americans, who are more likely to be retired and living on fixed incomes, are more worried than their younger counterparts, with those over 60 projecting inflation will remain at 6.1 percent in a year, versus 5 percent for those under 40.

Regionally, those living in the South and Midwest are the most concerned about inflation.

Median one-year inflation expectations for those in the Midwest were 6.2 percent, and in the South 6 percent, versus 5.8 percent in the West and 5.7 percent in the Northeast.

In November, consumer prices increased more on an annual basis in the Midwest (7.3 percent) and South (7.2 percent) than they did in the West (6.5 percent) and Northeast (6 percent) 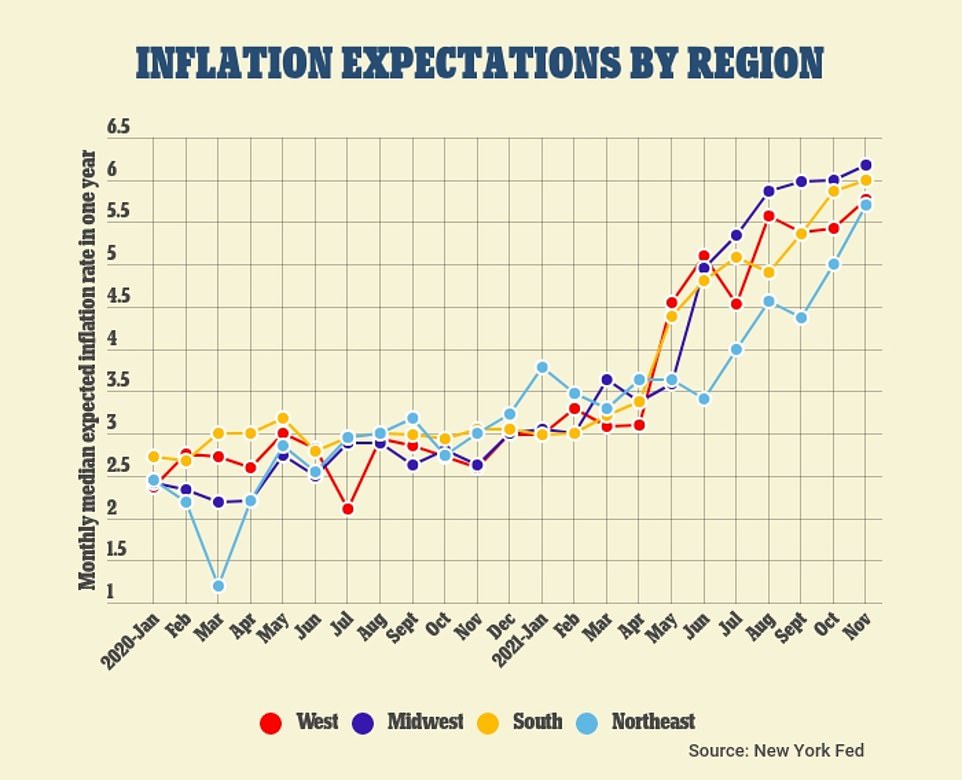 Regionally, those living in the South and Midwest are the most concerned about inflation 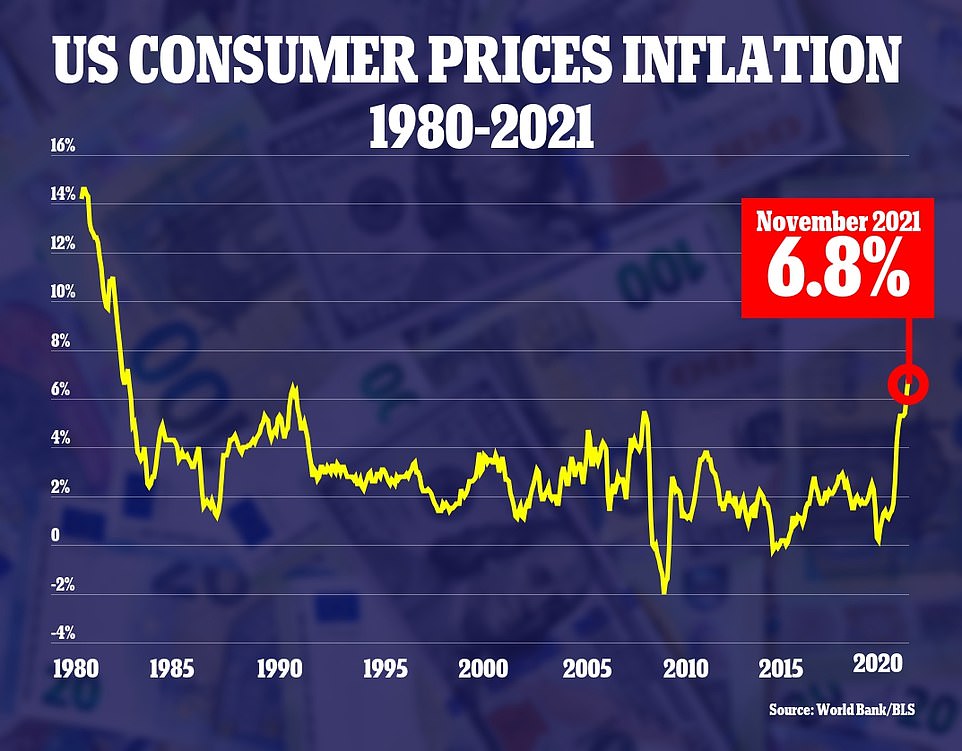 The consumer price index hit a 39-year high of 6.8% on an annual basis in November

Differences in education, with is highly correlated with income, also played a key role in inflation fears.

Those with no college experience expected inflation to be at 6.2 percent in a year, versus 5.5 percent with those with a bachelors degree or higher.

Inflation expectations are important because they can play a role in driving future price increases.

Those who expect inflation to remain high are more likely to demand higher wages to compensate, increasing costs for producers and driving costs higher in an inflationary spiral.

Expectations of high inflation can also spur consumers to spend their money as soon as possible instead of deferring major purchases, spurring a frenzy of demand that can drive prices higher. 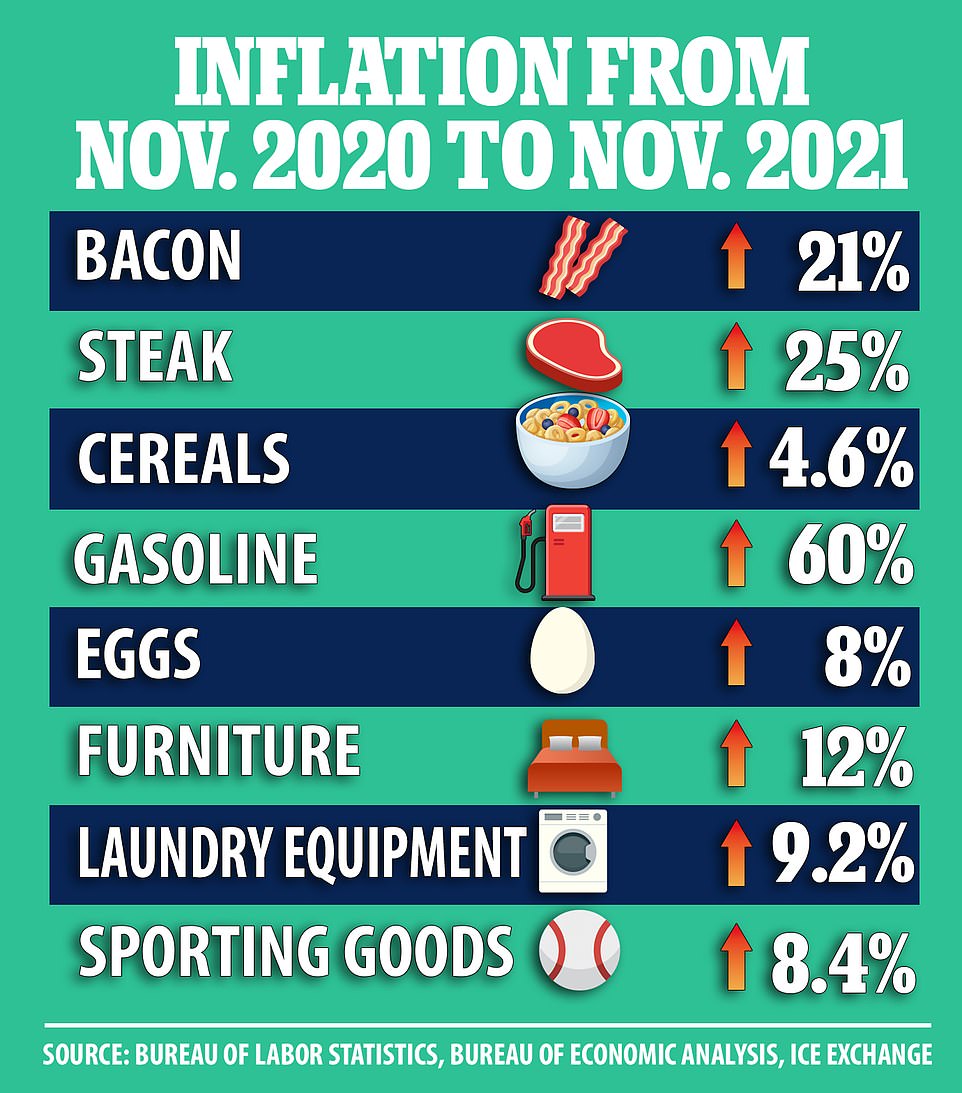 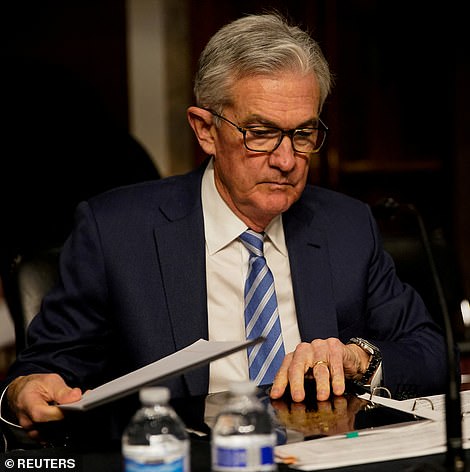 The Fed long insisted that high inflation was a ‘transitory’ effect, but Chair Jerome Powell recently admitted that rising prices have been more persistent than expected

Median three-year ahead inflation expectations decreased to 4.0 percent from 4.2 percent in both September and October. This is the first decline in the three-year measure since June 2021, and only the second decline since October 2020.

The data come as the Federal Reserve Open Market Committee convenes for a two-day meeting on Tuesday, where central bank policymakers are expected to move more quickly to wind down asset purchases and hike interest rates.

The Fed long insisted that inflation was a ‘transitory’ effect of supply chain disruptions, but Chair Jerome Powell recently admitted that rising prices have been more persistent than expected.

On Tuesday, Labor Department said that its producer price index, which measures inflation before it reaches consumers, jumped 9.6 percent in November from a year ago.