Inside the 2022 Toyota Tundra

Pickups are getting expensive these days, but this may be a bit much. 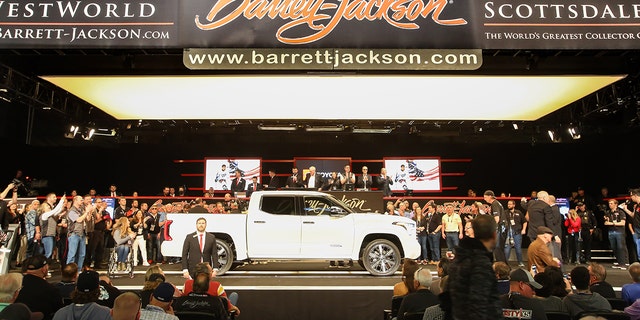 The first Toyota Tundra with an i-Force Max hybrid powertrain was auctioned at Barrett-Jackson for $700,000 to raise money for charity.
(Toyota) 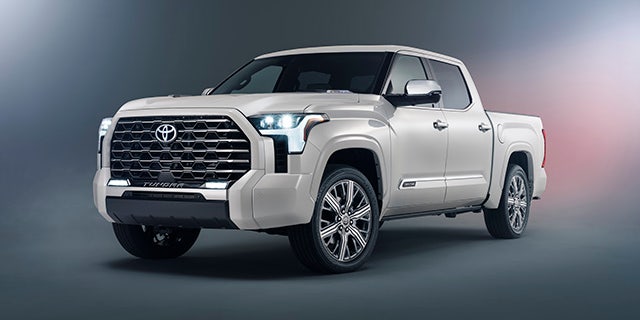 The Capstone is the Tundra’s new luxury model.
(Toyota)

The top of the line Tundra Capstone is the first built with the model’s new i-Force Max hybrid powertrain and was auctioned at the Barrett-Jackson event in Scottsdale to raise money for the Toyota U.S. Paralympic fund. The luxurious Capstone has a starting list price of $73,530. 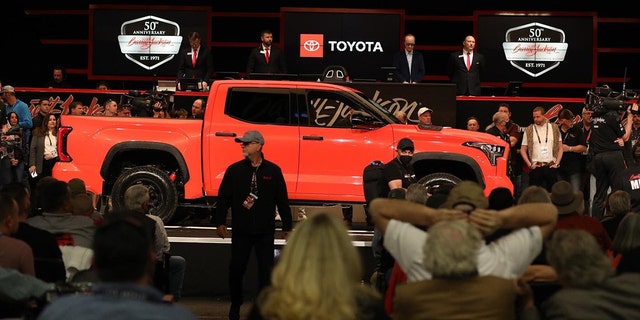 The second hybrid off the line, an off-road TRD Pro trim Tundra, was also sold for $550,000 to benefit the same charity, which supports America’s Paralympic athletes.

The Tundra’s i-Force Max powertrain combines a twin-turbocharged V6 with an electric motor and is the model’s most powerful offering ever, rated at 437 hp and 583 lb-ft of torque. It has a top combined fuel economy rating of 22 mpg in two-wheel-drive trucks, which is 2 mpg better than Tundras with the less-powerful non-hybrid V6.