Welcome to POLITICO’s West Wing Playbook, your guide to the people and power centers in the Biden administration. With Allie Bice.

And there are plenty of indications that President JOE BIDEN is going to give him another go-around in the high-stakes job atop the country’s central banking system. The markets widely expect Powell to get the nod, and see Biden tapping Fed Governor LAEL BRAINARD — a top Treasury official during the first Obama administration — to be the Fed’s vice chair for supervision and regulation, overseeing big Wall Street firms.

While the Fed chairmanship is always consequential, right now it’s among one of the most important decisions Biden will have to make heading into a midterm election year, as fears of persistently higher inflation on everything from meat to gasoline threatens to overshadow progress on his economic agenda.

Biden last week said he intended to announce his nominees to the Federal Reserve board — another vacancy opened up today with Vice Chair RANDAL QUARLES’ announcement that he is resigning — “fairly quickly,” but he wouldn’t say whether he planned to replace Powell. Powell’s seat is up in February, but there are whispers the announcement is coming soon. Two sources with knowledge of the process said they expect a decision to be made by Thanksgiving at the latest.

Fed officials will be in their so-called blackout period — in which officials refrain from making any public remarks or appearances — from Dec. 4 through their next policy meeting on Dec. 14-15. An announcement would likely need to come before then to leave enough time for the Senate to consider the nomination before Powell’s current term expires in February.

Given the market jitters that can accompany such a nomination, previous administrations have forecast a potential successor at the central bank well in advance. This White House, however, has dragged out the “will he, won’t he” anticipation surrounding Powell, a Trump nominee, while remaining largely mum on it’s timeline and leanings, both in public and private.

Treasury Secretary JANET YELLEN, the former Fed chairwoman whom Powell replaced in 2018, said she has discussed the decision with Biden and recommended that he pick someone “with experience and credibility.” She also gave a hint at how she viewed a re-nomination, adding: “I think that Chair Powell has certainly done a good job.”

A Democratic consultant with close ties to the administration, meanwhile, seemed dubious that Brainard, who was also mentioned as a possible pick to lead the Treasury Department under Biden, would get the nod. “Seems like the only push is coming from Lael herself,” the consultant said, although some progressive groups have also advocated for Brainard to replace Powell.

They say Brainard would reinforce Biden’s commitments on climate change and racial equity, and has a long track record of pushing the central bank to keep interest rates lower for longer to help draw more people into the labor market.

“A weak Federal Reserve chair on financial, regulatory and monopoly issues could really undermine the progress he is otherwise making, which will limit his ability to fulfill promises to key aspects of his coalition, which has both political implications, as well as legacy implications,” said Jeff Hauser, director of the Revolving Door Project.

Hauser said the minute Powell doesn’t need Democratic approval in the Senate, “he no longer needs anything from the Democratic party.”

“I don’t know why we should take seriously the commitments that Powell has made when he is awaiting appointment from Joe Biden,” Hauser said.

Powell has steered the central bank through a tumultuous period for the U.S. economy, as the global pandemic roiled financial markets and plunged the U.S. into a recession last year — all while dealing with a president, DONALD TRUMP, that directed unprecedented attention and criticism his way.

While Powell has cultivated relationships with lawmakers and enjoys broad bipartisan support in the Senate — he was confirmed last time by an 84-13 vote — Biden would face some progressive blowback should he choose to keep a registered Republican chairman.

On the flip side, having a Republican Fed chair in place might not be the worst thing for Biden as he traverses an economic landscape with inflation concerns continuing to simmer and — like Trump — may be looking for a convenient scapegoat.

INTRODUCING ‘POTUS PUZZLER’— Regular readers of this newsletter know we try to keep our trivia questions fun, really difficult, and a little nerdy. Starting today, we are partnering with the Miller Center of Public Affairs, a nonpartisan research center and preeminent authority on the American presidency based at the University of Virginia, to help us test your White House know-how. Our first question is below.

BUT, BUT, BUT: We have been pleasantly surprised by the stupendous reader-submitted trivia we’ve received, so we are going to keep featuring a POTUS Puzzler from a reader every Wednesday. Keep sending us your toughest, most fun presidential questions. And thanks for reading.

Do you work in the Biden administration? Are you in touch with the White House? Are you legislative assistant ANGELA HERVIG?

We want to hear from you — and we’ll keep you anonymous: [email protected]. Or if you want to stay really anonymous send us a tip through SecureDrop, Signal, Telegram, or Whatsapp here. Or you can text/Signal Alex at 8183240098.

A message from Uber:

Whether it’s because of the freedom to pick their hours, pick their rides, or simply pick their kids up on time, 86% of drivers say they need flexibility.*

From the University of Virginia’s Miller Center

Which future president accepted his party’s nomination saying, “We in America today are nearer to the final triumph over poverty than ever before in the history of any land”?

(Answer at the bottom.)

COVID COP — A second person on the president’s trip to Glasgow last week has tested positive for Covid-19. The White House bureau chief for VOA News, PATSY WIDAKUSWARA, announced on Twitter that she tested positive and urged people who’ve been around her, “particularly during the Glasgow leg, please get tested, friend!”

That follows a White House aide who tested positive and was quarantined in Scotland, as the NYT’s KATIE ROGERS reported last week.

PETE ON THE COUCH — JESSE MOSS, director of the new documentary on Transportation Secretary PETE BUTTIGIEG, told RUBY CRAMER (follow her here) that he found it really difficult to probe Buttigieg emotionally.

“I was very stymied by that,” Moss told Ruby ahead of the film’s release this Friday. “There were moments where I threw up my hands in frustration and despair…He is so restrained. He’s a difficult, dramatic protagonist. In some ways, he’s so comfortable in front of the camera, at least in certain environments. And yet, he wasn’t uncomfortable privately. But he was not revealing.”

Moss’s wife and filmmaking partner, AMANDA McBAINE, advised him at some point “to get Pete drunk or something.” (Ruby tells us that she personally tried that in 2019 but Buttigieg ended up talking about ‘Ulysses’ at the bar — a very Pete thing to do over drinks).

PETE STYLE GUIDE: Speaking of Buttigieg, he gave a little insight during the White House briefing today into how he prepares to give public remarks. “When our communications team presents me with copy, I usually cross out the word excited because I think it’s overused and I often rub out the exclamation points, because it’s not always my style,” he said. Exciting!!!

CABINET ASSEMBLE: The administration is deploying several Cabinet officials to help sell the infrastructure package in the coming months. 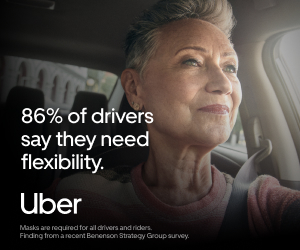 He and first lady JILL BIDEN returned to D.C. this morning after spending the weekend in Rehoboth Beach, Del.

This afternoon, he welcomed the NBA champion Milwaukee Bucks on the South Lawn.

She and second gentlemen DOUG EMHOFF travel to Paris, France this evening, where they will be until Nov. 13.

When Finer was working for the State Department in 2015, he gave staffers gifts to celebrate the year’s end.

He had traveled across the globe that year, but gave them all something from The Green Mountain State: maple syrup, tapped by his father in Norwich, according to a 2016 Valley News profile.

Pair that with a few slices of sharp Vermont Cheddar, a six pack of Long Trail, and plop yourself down before a nice covered bridge overlooking a scenic fall foliage landscape and, my god, that’s a damn good gift.

HERBERT HOOVER said that on Aug. 15, 1928. Four years later, on the same occasion, he said, “The last three years have been a time of unparalleled economic calamity.”

For resources on Hoover’s bad predictions and the rest of the presidents, visit millercenter.org/the-presidency

We want your trivia, but we also want your feedback. What should we be covering in this newsletter that we’re not? What are we getting wrong? Please let us know.

A message from Uber:

The reason flexibility is so essential for drivers is simple — it puts them in control. It allows them to set their schedules, work whenever they want, and come and go as they please.

See how flexibility works for over 3.3 million drivers.