Tesla chief Elon Musk has laid down the true test for measuring electric vehicle manufacturer Rivian Automotive, Inc’s success. Rivian became the latest American company to sell its shares to the general public earlier this week, and the company aims to sell larger vehicles such as pickup trucks and delivery vans. Musk’s comments, made earlier this week, are the second time the executive has shared his tough experiences to remind new entrants in the industry about the perils of upscaling electric vehicle production. His warnings come as Tesla aims at chasing a million vehicle deliveries in a unique market full of demand and global attention.

Musk’s support for Rivian came before he downplayed the recent announcement by Pepsi’s Mr. Ramon Laguarta, which had outlined that his company was expecting Tesla to deliver its semi-trucks before the end of this year. Despite shipping only standard passenger vehicles, Tesla has also announced larger vehicles, such as its Cybertruck pickup truck and the Tesla Semi Class 8 electric truck.

Pepsi placed its order for 100 Tesla Semis four years ago and Musk cautioned that even though Mr. Laguarta had announced deliveries for the ongoing quarter, semiconductors and batteries remain Tesla’s primary production constraints.

Musk, who has seen his investment in Tesla grow from millions to billions of dollars, also expressed his hope that Rivian would generate a positive cash flow from its production. Electric vehicle manufacturing is significantly different from standard vehicle production, and it has taken Tesla years to consistently churn out its products.

Despite the turmoil caused by the ongoing pandemic, 2021 has been Tesla’s best production year to date, even after it delivered half a million vehicles last year. However, owing to demand, the company has focused its attention on standard passenger vehicles only, with larger projects such as the Tesla Semi still waiting to roll off the lines. 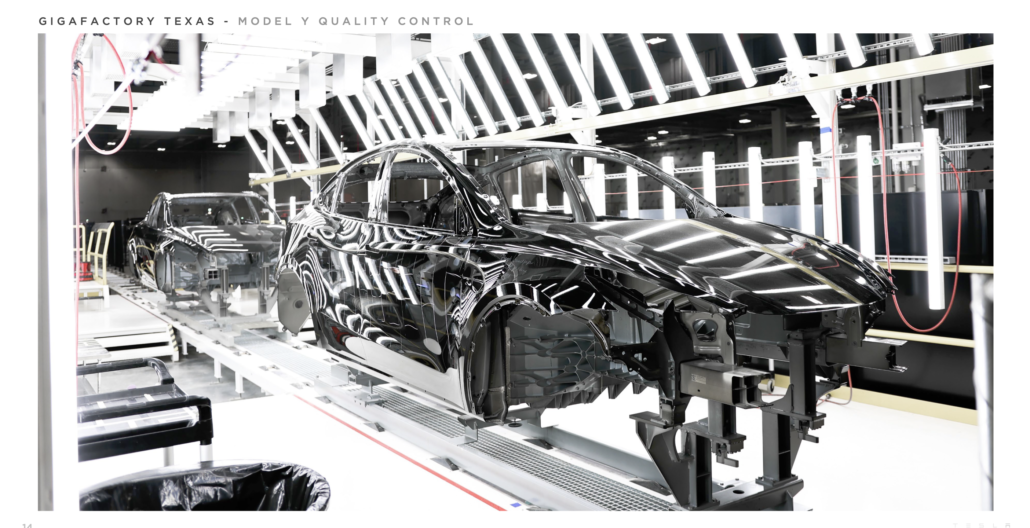 Musk’s remarks for Rivian came once again in response to a Twitter user’s surprise about the valuation of an electric vehicle startup. Previously, he had cautioned both Rivian and Newark, California-based Lucid Group about the need for “high pain tolerance” to tolerate the difficulties of establishing large scale production lines for electric vehicles.

Responding to a comment that Rivian’s market capitalization of $100 billion was starkly higher than Tesla’s when the latter sold its shares to retail investors, Musk replied that volume production and cost recuperation remained the two true tests of a new carmaker.

Death and Taxes: Expect Heightened Volatility and Elevated Put Volumes as Elon Musk Mulls the Liquidation of 10 Percent of His Tesla Stake

I hope they’re able to achieve high production & breakeven cash flow. That is the true test.

There have been hundreds of automotive startups, both electric & combustion, but Tesla is only American carmaker to reach high volume production & positive cash flow in past 100 years.

High production and positive cash flows are a problem for Musk’s satellite internet constellation, Starlink. This service, a subsidiary of his space transportation services provider SpaceX, aims to build a constellation with tens of thousands of satellites to provide global internet coverage.

Rivian, for its part, claims to have more than 50,000 preorders for its R1T and R1S pickup truck and sports utility vehicles. The first customer, R1T, a pickup truck, exited the production line in September this year, as Rivian’s chief Mr. RJ Scaringe thanked employees for their work in getting the company off the ground.

Later on, Musk cautioned about expecting too much from Pepsi’s Q4 Tesla Semi delivery announcement, stating that chip and battery shortages had constrained his company’s ability to increase volume production.

Please don’t read too much into this. As mentioned publicly, Tesla is constrained by chip supply short-term & cell supply long-term.

Not possible to produce additional vehicles in volume until both constraints are addressed.

Rivian has a market capitalization of $110 billion based on its closing share prices this Friday. This makes it one of the most valuable electric vehicle manufacturers in the world, as it surpasses Lucid Group’s $71 billion market valuation. The pair combined are a little less than one-fifth of Tesla’s trillion-dollar valuation, which has propelled Musk at the top of the list of global billionaires.