Raskin, who was formally tapped last month by Biden to serve as the Federal Reserve’s vice chairwoman for supervision, faced a contentious hearing on Thursday before the Senate Banking Committee, where Republicans united in opposition against her nomination. She was joined by two academic economists – Lisa Cook and Philip Jefferson – who have been nominated to join the Fed’s seven-person board.

GOP lawmakers pressed Raskin over some of her more controversial statements on challenges that climate change poses to the current financial system – and how she believes the Fed needs to respond.

Raskin has previously argued that all financial institutions should re-evaluate their relationships with energy companies and has advocated for a push toward sustainable investments that do not depend on carbon and fossil fuels. If banks and other financial institutions do not take these steps to distance themselves from fossil-fuel companies, Raskin has said, the Fed should penalize them.

Sen. Pat Toomey, the top Republican on the Senate Banking Committee, has long said that climate change falls under the purview of elected officials – not central banks – and warned of a “mission creep” in which the Fed starts operating beyond its defined mandate of stable prices and full employment. The Pennsylvania senator called the hearing on Thursday a “referendum” on the central bank’s independence and ripped Raskin for her climate views, which he called “disqualifying.” 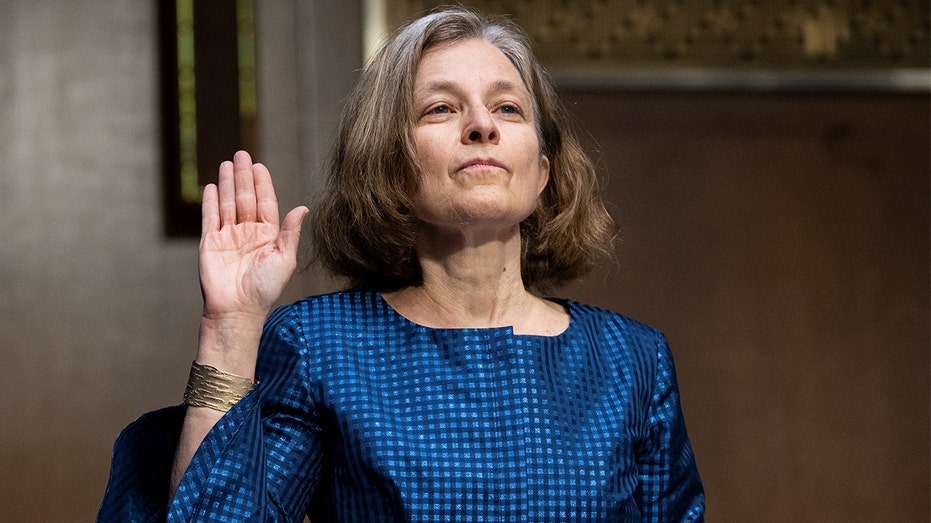 Sarah Bloom Raskin, nominated to be vice chairman for supervision and a member of the Federal Reserve Board of Governors, is sworn in before a Senate Banking, Housing and Urban Affairs Committee confirmation hearing on Capitol Hill in Washington, Feb (Bill Clark/Pool via Reuters / Reuters Photos)

“Ms. Raskin’s proposals would have devastating consequences not just for energy workers, but also consumers, who’d pay much more for energy. On what basis could she justify this idea that the Fed exercise these extraordinary powers?” Toomey asked.

Raskin appeared to try to get ahead of the criticism by stressing in her opening remarks that the role has no power to direct banks to make loans only to specific sectors, or to avoid making loans to particular sectors.

But that didn’t stop the unrelenting wave of criticisms lobbed at her by Republicans, who pushed her to explain her past remarks suggesting the Fed should penalize certain companies.

“I’ve heard what you said this morning from your testimony,” Toomey told her. “But from your repeated speeches, op-eds, podcasts, all kinds of sources, it seems very clear to me that you believe climate change is a very, very dire imminent threat… And that for those reasons, it is necessary and appropriate for financial regulators, including the Fed, to allocate capital away from those companies that are contributing the most to carbon in the atmosphere. Isn’t that true?”

Raskin maintained that she believed it is “inappropriate” for the Fed to make credit decisions and allocations based on “choosing winners and losers.”

“Banks choose their borrowers. The Fed does not,” she told Toomey. “It is inappropriate for the Fed to choose winners and losers, and to do so is not the proper institutional role of the Fed. That is a cardinal principle of Fed supervision.” 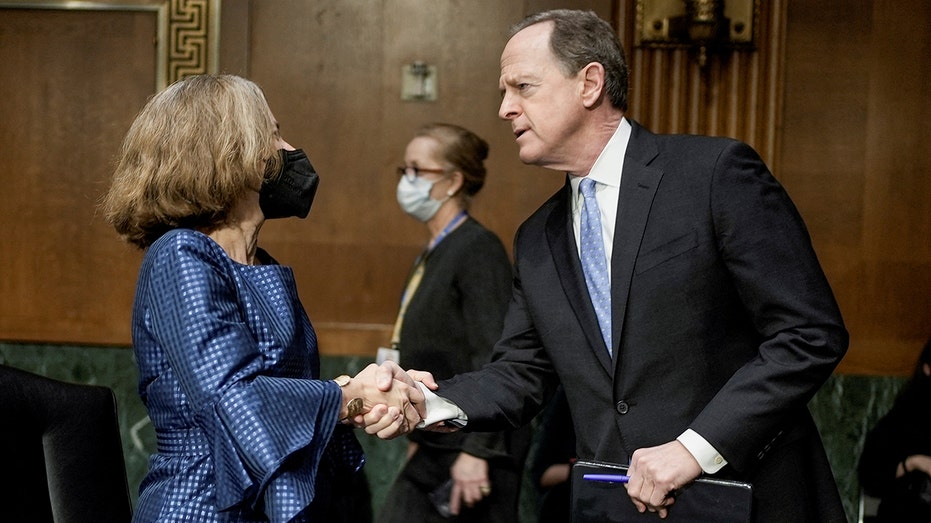 The Washington policy stalwart faced a similar line of questioning from Sen. John Kennedy, R-La., who sounded the alarm over a May 2020 New York Times op-ed that Raskin penned titled “Why Is the Fed Spending So Much Money on a Dying Industry?” In the op-ed, Raskin criticized the federal government for including the oil and gas industries in initial $2.2 trillion coronavirus relief package and said the Fed should adopt a long-term approach that shifted away from fossil fuels.

“Did you mean it?” Kennedy asked.

Raskin repeated that the Fed should not be in the business of “picking winners and losers.”

As vice chair for supervision, Raskin – a Duke University law professor who has held high-level jobs at both the Treasury Department and the Fed – would oversee annual stress tests that review bank safety and liquidity. Her nomination has been welcomed by progressive senators and advocacy groups, who think she will take a tougher stance against Wall Street than her predecessor, Randal Quarles, a Trump nominee who stepped down last month.

Raskin served on the Fed’s board from 2010 to 2014 and was tapped by former President Barack Obama to serve as assistant Treasury secretary. 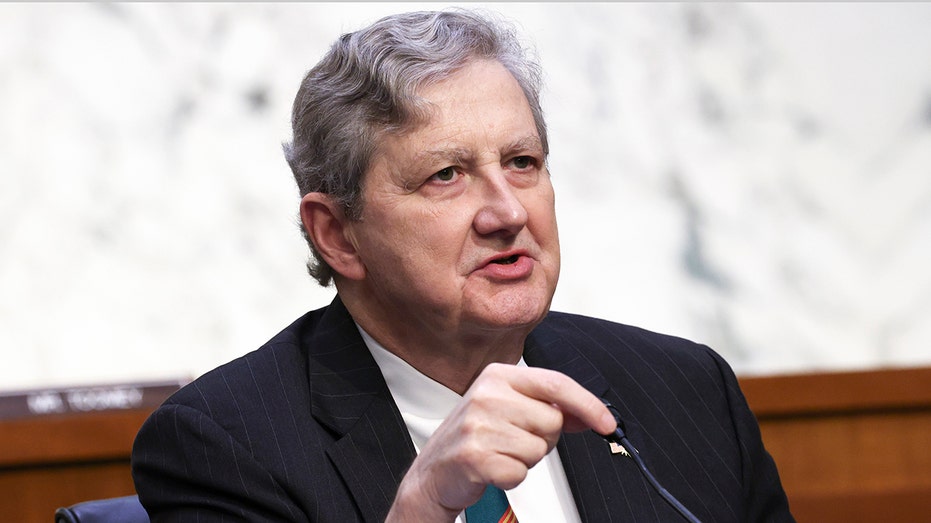 The White House has defended the nomination, with press secretary Jen Psaki telling reporters on Monday that Raskin brings “unprecedented experience and the support of economic experts across the spectrum” to this role.

“She believes, and she has said she believes firmly in the independent role of the Federal Reserve and will work in concert with her colleagues to identify and mitigate a range of risks,” Psaki said.