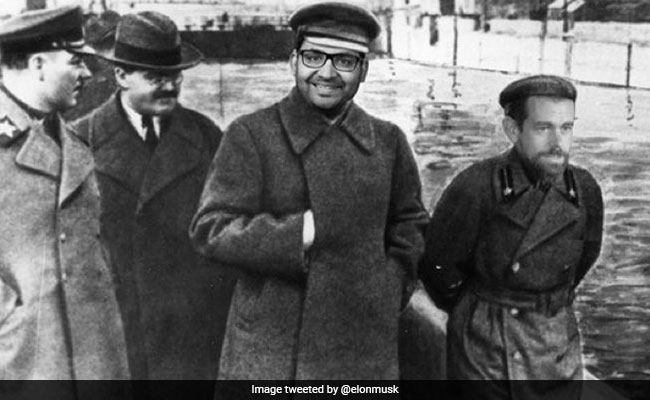 Soon after acknowledging the contribution of “Indian talent” to the US technology sector, billionaire entrepreneur Elon Musk has shared a photoshopped meme on Twitter CEO Parag Agrawal. The meme shows Mr Agrawal’s face photoshopped onto former USSR dictator Joseph Stalin’s body, in what some see as a criticism of the Indian-origin techie’s past comments about free speech on the social media platform. The image also shows Mr Agrawal’s predecessor Jack Dorsey standing beside him in the first image. The pic depicts Jack Dorsey in the role of Nikolay Yezhov, a close Stalin associate who was later assassinated under his orders.

In the second pic shared by Elon Musk, we see a splash in the river as Mr Dorsey goes missing.

Mr Dorsey this week stepped down as Twitter CEO and Parag Agrawal, who served as its Chief Technology Officer until now, was promoted to lead the company into the future. After the announcement, Mr Musk said in a tweet, “The USA benefits greatly from Indian talent”.

Many people have reacted to the meme that the SpaceX and Tesla CEO has shared on Mr Agrawal. Several of them turned Mr Musk’s “Cyberwhistle” into a meme template while responding to his dig at Mr Agrawal.

Buy now and get a 25 pack free pic.twitter.com/YIOHtaoXZM

The Tesla CEO recently urged his followers to buy the whistle for $50 instead of purchasing the “silly” polishing cloth launched by Apple. “Don’t waste your money on that silly Apple Cloth, buy our whistle instead,” he said.

Don’t waste your money on that silly Apple Cloth, buy our whistle instead!

Mr Agrawal is the youngest CEO among those leading the top 500 companies in the world. He studied at IIT Bombay and joined Twitter in 2011. He takes over from Mr Dorsey at a time when the company is looking to steer away from free speech battles.